Bars and pubs, Cocktail bars Chinatown
Recommended
4 out of 5 stars 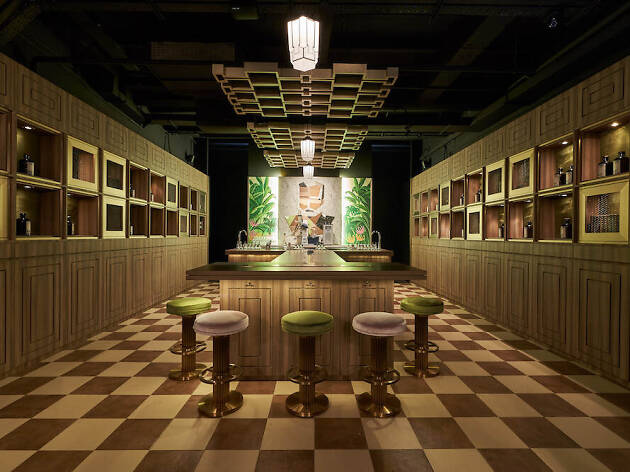 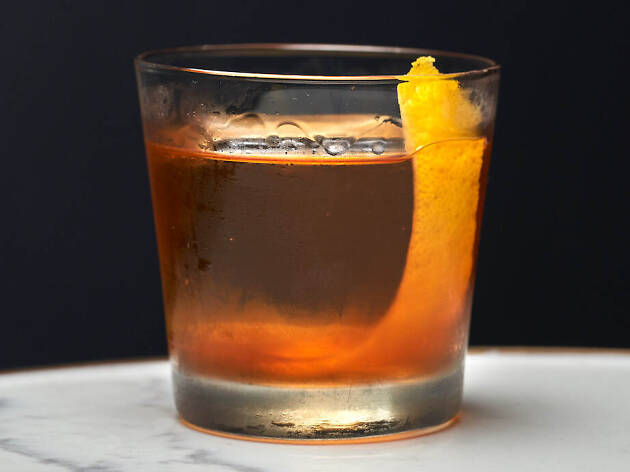 Friendly warning! We're working hard to be accurate. But these are unusual times, so please check that venues remain open.

Keep an eye out for the pineapple lamp along the revamped stretch of Kēsa House on Keong Saik. Once you spot it, push open the heavy white doors to find a long, bronze, H-shaped bar with a brass chiller running down the middle. It directs the eye to a mosaic portrait of Ernest Hemingway. And if you can’t help but think you’ve stumbled into a shrine of the legendary author, well, you’re not wrong.

The long room is lined with bottles, books and knick-knacks, not unlike what you might find in the Pulitzer Prize winner’s home. The bar is of course named after the literary classic, The Old Man and the Sea, and first launched in Hong Kong in 2017. Barely a year later, it took the fifth spot on the Asia’s 50 Best Bars list and 10th on World’s 50 Best Bars – clinching accolades seems to be in its DNA.

Running the local outlet is Andrew Yap, who returns to Singapore after spending years in the harbour city. The drinks here are just as good as the Hong Kong original. There are nine cocktails available – all of which were on the flagship’s menu when it first opened. The Old Man takes a culinary approach to its tipples, making use of a centrifuge, rotary
evaporation, sous-vide cooking and fat washing. It’s apparent in drinks like Islands in the Stream, where pink grapefruit juice is clarified and carbonated with salty gin – a take on a G&T that transports you to a beach with the crisp sea breeze on your face.

Sample other popular cocktails like The Snows of Kilimanjaro, a sweet, tangy and savoury concoction of marshmallow gin, lacto-fermented raspberry, citrus and gruyere cheese with rosemary-infused pisco and tamarind cordial dyed with turmeric. More an acquired taste, the slime green Death in the Afternoon concoction of coconut and pandan yoghurt mixed with absinthe isn't a favourite but at $17 a cocktail– far cheaper than anything you’d usually pay – don’t feel too bad about leaving it unfinished.

The affordable price point gives you agency to step outside your cocktail comfort zones and try something new. After all, as Hemingway would say, “when you stop doing things for fun you might as well be dead”.