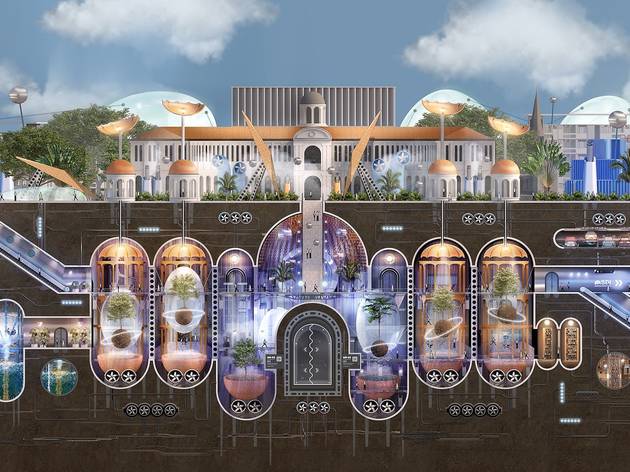 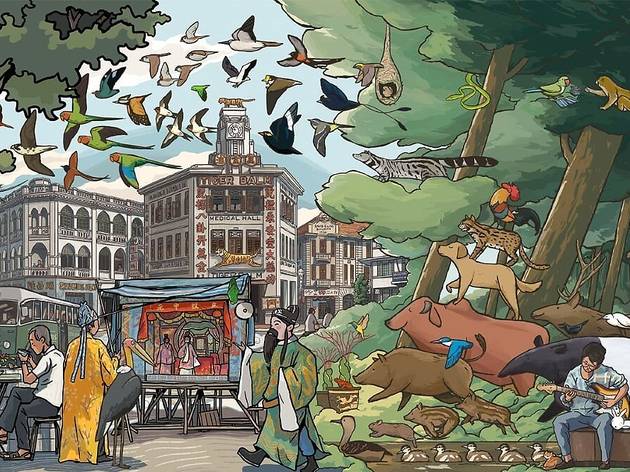 SAM's location in the city centre is central to the artists' artworks, with each responding to the urban landscape in their own way. Finbarr Fallon's Sub/merged imagines a subterranean city of the future, while An Unnatural History by Darel Seow with Lee Xin Li explores the struggle between man and nature. Both of the commissioned artworks will feature digital elements that extend the experience of the works beyond the hoardings.

“Sub/merged is a work that projects into the future, confronting the challenges of land scarcity in Singapore," says Fallon about his commissioned artwork. "In collapsing the past, present and future of the Singapore Art Museum buildings into a single artwork, my aim is for us to reflect upon the larger issue of urban development and alternative solutions in land-scarce Singapore and how we can purposefully address the usage of the island’s underground spaces."

Presented as a mural on the hoarding around the SAM building along Bras Basah Road, Sub/merged responds to the site of SAM and draws inspiration from the history of the area to imagine a subterranean city of the future. The artist has also drawn on the earlier world-building in his 2017 animated film Subterranean Singapore 2065, which proposes large scale underground living in land-scarce Singapore.

The other commissioned work, An Unnatural History, is presented on the hoarding around SAM at 8Q along Queen Street. Artists Darel Seow and Lee Xin Li draw on imagination and heritage to question the histories surrounding the area and reflects on the museum's role as a re-teller of official narratives. The public can engage with the work by scanning a QR code that will take them to the An Unnatural History website, available from December 18. From there, they can participate in an art activity and learn about Singapore's natural and built environment through a series of video conversations and text contributions by collaborators.